The Prevalence of Benzodiazepines in Today’s Opioid Epidemic 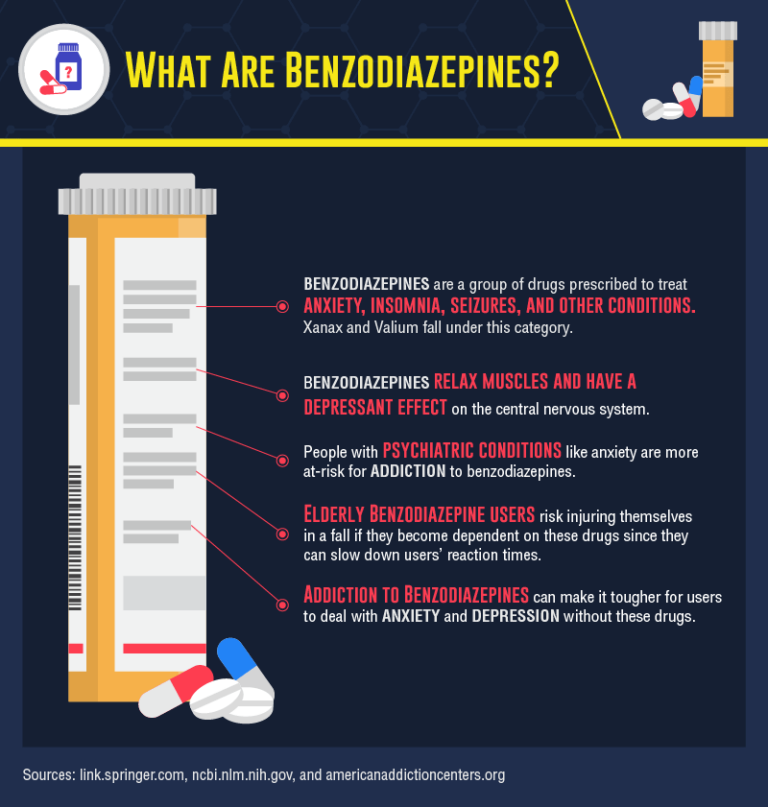 To provide a better understanding of how powerful benzodiazepines are, the medical realm has defined the substance as a tranquilizer that acts on the central nervous system producing sedation and muscle relaxation. The following benzodiazepines are classified by their length of effect:

According to a 2018 study, 30 million Americans used benzodiazepines in the past year and of those more than 5 million misused them for purposes of a sleep aid or to get high.4 Benzodiazepines can lead to physical and psychological dependence. In fact, high doses of benzodiazepines can create signs and symptoms of acute toxicity or overdose including drowsiness, confusion, dizziness, blurred vision, weakness, slurred speech, difficulty breathing and even coma.3

Despite the risks associated with benzodiazepines, research and statistics are finding that there has been a spike in prescribing in lieu of the opioid crisis. A study from 2003-2015 indicated a substantial increase of primary care physicians (PCP’s) who are issuing prescriptions for benzodiazepines-3.6 percent to 7.5 percent.1 Primary care physicians defined by the National Ambulatory Medical Care Survey (NAMCS) includes: family medicine, internal medicine, geriatric medicine and obstetrics and gynecology. The increased number of benzodiazepine visits suggests there is a growing number of patients being prescribed this drug, along with prescriptions written for long-term use.

In 2015, 23 percent of people who died of an opioid overdose also tested positive for benzodiazepines.2 In a 2016 study, researchers noted that when opioids and benzodiazepines are used simultaneously, a 570 percent increase in substance abuse treatment admissions occurred.4 Co-prescribing, which is defined as prescribing two or more drugs to the same patient is an apparent, yet overlooked contributing factor to the drug epidemic we are facing today.

In 2016, the FDA required benzodiazepines to be “black box” labeled in efforts to warn patients about the drug’s side effects and the heightened risks when taken with opioids. As a Schedule III drug, benzodiazepines have an increased probability for dependency. Physicians are advised to prescribe with caution, to fully inform their patients of the risks involved with benzodiazepines and the threat of fatality when combined with an opioid.

Utilizing advanced drug testing, specifically for benzodiazepines can be a proactive approach in identifying potential at-risk behavior and preventing fatal outcomes. Advanced drug testing uses different specimen types to detect substances of abuse at different times. Depending on the specimen’s window of detection, short-term and long-term use can be identified as the following:

Utilizing an accredited laboratory that offers extensive panels to test for drugs of abuse is imperative in counteracting the impending drug crisis of benzodiazepines.