According to the Centers for Disease Control and Prevention (CDC), fentanyl-related overdose deaths in the United States have increased by more than 1,000 percent from 2011 through 2016.1 The increased availability of illicitly manufactured fentanyl has contributed to the prevalence of neonatal abstinence syndrome (NAS) or neonatal opioid withdrawal syndrome (NOWS) throughout the United States. There was a greater than five-fold increase in the proportion of babies born with NAS from 2004 to 2014, when an estimated 32,000 infants were born with NAS/NOWS —equivalent to one baby suffering from opioid withdrawal born approximately every 15 minutes.2

In response to an ongoing opioid epidemic, medical professionals and advocates are invested in providing education, resources, testing, and preventative care in efforts to combat one of the most powerful opioids in the world —Fentanyl. This synthetic, opioid is extremely addictive and when used while pregnant can cause devastating outcomes to the fetus including neural tube defects, congenital heart defects, gastroschisis, stillbirth, and pre-term delivery.3

Newborns are often diagnosed with NAS/NOWS as a direct result of a sudden interruption of fetal exposure to prescription and illicit substances that were used or abused by the mother. Diagnosing an infant with NAS/NOWS is often assessed by identifying the following symptoms: tremors, jitteriness, irritability, excessive crying, and diarrhea. These indicators have been determined in the medical field as the standards for identifying a compromised central nervous system. Prenatal use & abuse of fentanyl can increase an infant’s risk for developing NAS/NOWS.

What Makes Fentanyl So Dangerous?

According to the United States Drug Enforcement Administration (DEA), fentanyl is approximately 100 times more potent than morphine and 50 times more potent than heroin.4 Its initial development was intended as a licit intravenous anesthetic; however, it has now become a public health threat as pharmaceutical products are subjected to theft, fraudulent prescriptions and illicit or less regulated distribution and manufacturing. The drug is often abused by injecting, snorting / sniffing, oral tablets / pills or removing the gel on fentanyl patches and then injecting or ingesting. The popularity of fentanyl within drug addicted communities derive from the addictive effects the drug produces —relaxation, euphoria, pain relief, and sedation. However, abused fentanyl also produces fatal side effects including: confusion, dizziness, nausea, vomiting, urinary retention, pupillary constriction, and respiratory depression.

Prenatal substance abuse can lead to long-term, irreversible damage to a developing fetus. In relation to fentanyl, these effects can consist of the following when associated with NAS/NOWS:5

According to the American Academy of Pediatrics, NAS/NOWS is a clinical diagnosis, however toxicological confirmation is necessary to identify the exact type of substance that the mother was using or abusing and to confirm or rule out the use of other licit or illicit substances during pregnancy.6

Due to the recent increase of cases regarding pregnant women and fentanyl exposure, it is critical to utilize testing that can help detect the latest drugs of abuse. Through internal research and strategic analysis, our laboratory is combating the growing epidemic of fentanyl use among pregnant women and those of childbearing age, with the development of testing for fentanyl in both umbilical cord tissue and meconium. As the first and only laboratory to offer fentanyl testing utilizing both advanced newborn specimens, our partnerships are provided with the opportunity to proactively and effectively address the alarming rates of prenatal fentanyl use. Both meconium and umbilical cord tissue belong to the baby, therefore maternal consent is not needed to proceed in testing.

The umbilical cord tissue is available immediately for 100 percent of births and requires only 1 collection by 1 collector. This specimen’s look back provides detection up to approximately 20 weeks prior to birth, the most advanced newborn specimen on the market.

Meconium has been recognized for decades as the “gold standard” for the detection of substances. It is the first stool of an infant produced in utero, consisting of epithelial cells, bile, mucous, and is odorless with a very dark, tar-like appearance. Meconium is uniquely developed during gestation with exclusive capabilities of preserving substances exposed prenatally up to approximately 20 weeks prior to birth. The average start of a meconium passage after birth occurs within 24-48 hrs., in most newborns it is generally passed in the first day or so of life.

As one of the only laboratories in the nation focusing exclusively on substance abuse testing, we are consistently adapting our services to meet the needs of our clients and communities. The validity of newborn toxicology results has never been more imperative. Through our partnership and services, we can customize a flexible comprehensive drug testing program based on your population health needs. Today’s substance abuse landscape is drastically different than it used to be-collaboration is vital in supporting our mission of protecting and enriching lives.

Meconium Collection: Nothing More, Nothing Less

What you need to know about meconium collection.

Meconium is the first stool of a newborn infant. It is produced in utero and consists of materials such as epithelial cells, bile, mucous, and more. In most newborns, meconium is generally passed in the first day or so of life, has no odor, and appears as a very dark, tar-like substance. This helps distinguish meconium from the next phase of passage called transitional stool.

Transitional stool will start to have an odor and present with a more brown, green, or yellow color as the newborn starts digesting milk. When drug testing the meconium of a newborn, it is important to note this difference since only meconium is created during gestation and transitional stool is created after birth. Collection of any stool other than meconium for drug testing purposes may result in a rejected specimen.

Unlike umbilical cord tissue, drugs are not distributed uniformly throughout the meconium specimen (see Figure 1). Because of this, the collection of the entire mass of meconium is highly encouraged to assure that there will be enough specimen to test, and that the maximum window of drug detection is achieved. It can take multiple passages of meconium before the newborn begins the transitional stool phase.

We require a minimum of 3 grams of meconium to be able to properly run our tests, so collecting the entire passage of meconium from newborns that have been exposed to substances of abuse is highly critical since they tend to have lower birth weights and create less specimen in the first place. If there is not enough specimen to run the test, the results are reported out as QNS. Quantity Not Sufficient (QNS) is a result of not having a sufficient quantity (volume) of specimen to test for the panels ordered.

Drug Exposure vs. Ingestion: What You Need to Know

The Shelter of the Law

To read the full article by Eric Frazer, Psy.D., and Linda Smith, Ph.D., in our Fall issue of Substance, please click here. 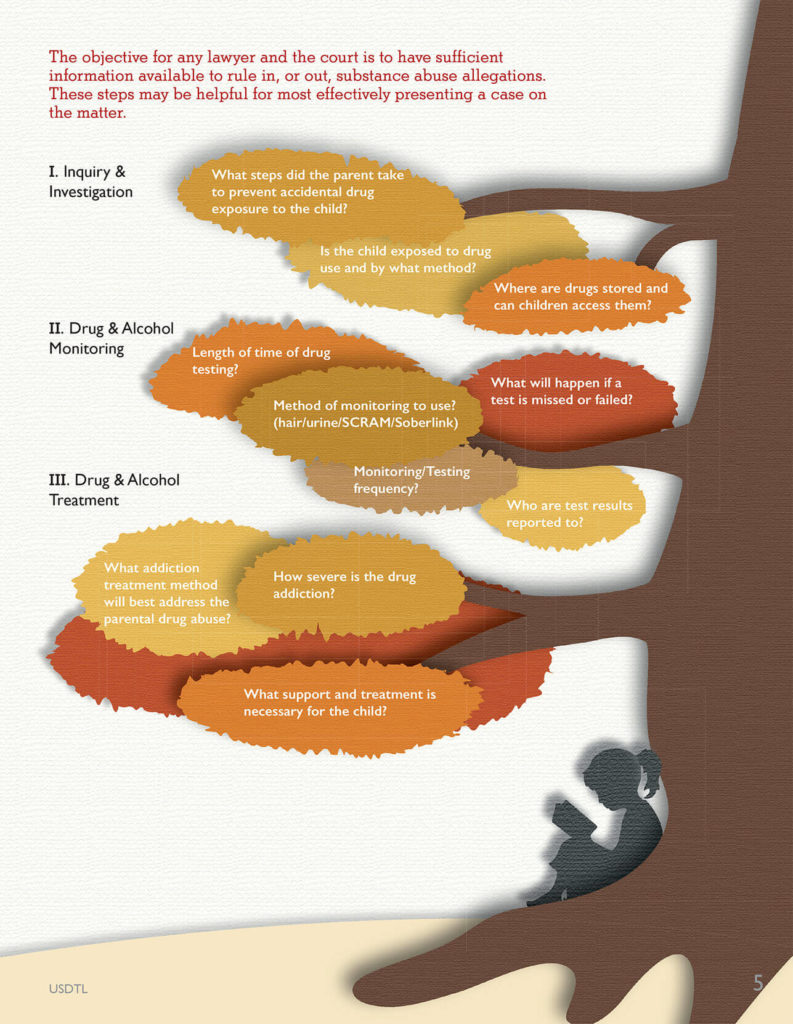 Concerned about detecting synthetic cannabinoids? You will need to expand your drug testing. 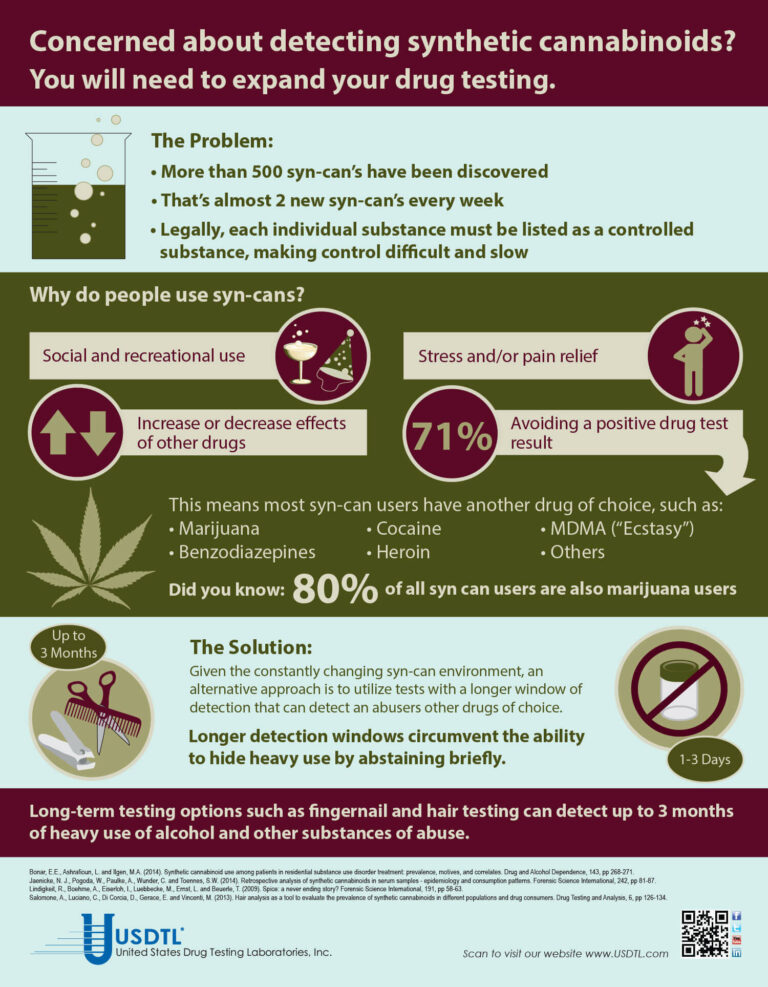