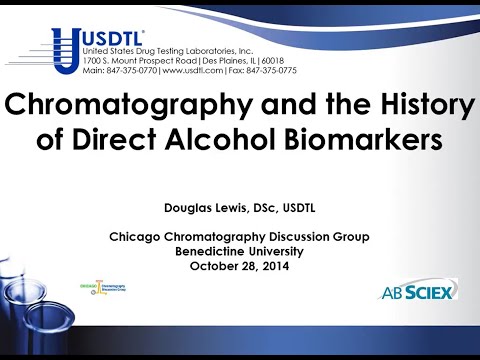 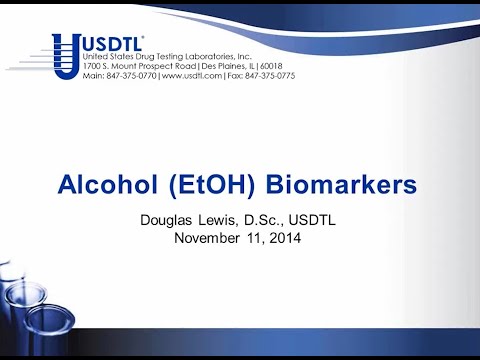 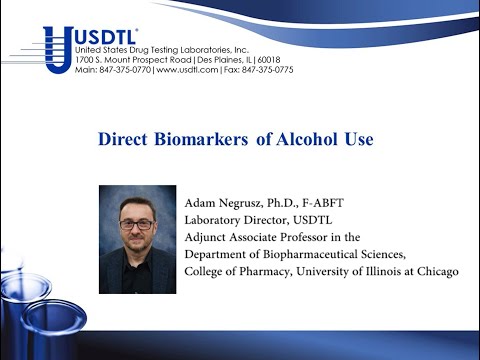 Direct Biomarkers of Alcohol Use by Dr. Adam Negrusz

How Do You Know it Was Heroin?

Hair analysis versus conventional methods of drug testing 01-May-2010

Improving Screening for At Risk Alcohol Use during Pregnancy

The Utility of Drug Testing in Epidemiological Research: Results from a General Population Survey 01-Feb-2004

Random drug testing to reduce the incidence of addiction in anesthesia residents: preliminary results from one program 01-Aug-2008

Antihistamines and OTC Amphetamines to be Discontinued in Urine

Can the use of any isopropanol (rubbing alcohol) containing product explain an ethyl glucuronide (EtG) result?

No, the use of any product that contains isopropanol will NOT explain the presence of EtG. Isopropanol forms its own glucuronide, isopropyl glucuronide and does not interfere with the LC-MS/MS detection of ethyl glucuronide (EtG).

Can I use the reported value (the number) from a hair, nail, meconium, umbilical cord, or urine test to determine how much or how often someone is using a drug (either prescription or illicit)?

No. These specimen types act as a reservoir, where drugs and their metabolites may accumulate and/or degrade over time. When testing any reservoir matrix, it is impractical to back-track to determine time, dosage or frequency. There are too many variables involved. The reported values (the numbers) have no therapeutic or clinical value. You cannot use the number to estimate how much the donor used or to what extent the donor was exposed.

Does the use of Xylocaine® (lidocaine) explain a positive cocaine or cocaine metabolite in any specimen type?

No, Lidocaine will NOT explain a GCMS or LCMSMS confirmed positive cocaine or cocaine metabolite in any specimen type (blood, urine, hair, nails, meconium, umbilical cord segment, etc…). The compounds are very structurally different and breakdown into very different metabolites.

How do PEth results differ from Urine EtG/EtS results?

Recent studies have indicated that low-level positive EtG results can be produced by certain agents like hand sanitizers and mouth wash (incidental exposure). Research indicates that the volume of alcohol required to trigger a positive PEth result is far above the level available from incidental exposure.

How much is needed for an adequate urine sample?

What is the detection window for urine?

A sample of urine provides a drug history from the last two to three days for most drugs, and an even longer period for marijuana.

Will a UTI affect the result of drug and/or alcohol testing?

Certain bacteria may interfere with drug detection but will not generate a false positive. Fermenting bacteria in the presence of excess glucose may produce ethanol in the bladder and in the specimen cup.