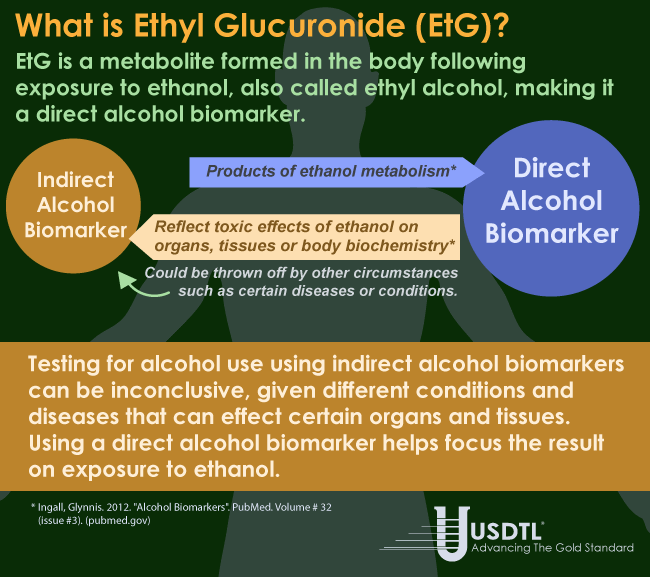 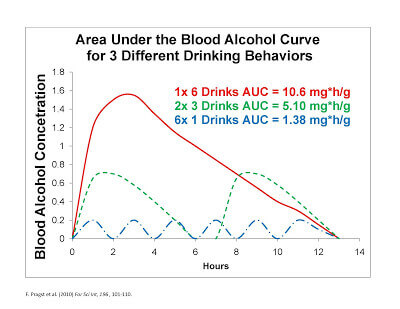 Our program has been monitoring drivers with three or more convictions for DUI using a combination of USDTL BloodSpot™ PEth and EtG in USDTL NailStat®.
One of our participants reports abstinence, but his test results suggest otherwise and can be seen in the chart below.

What do these numbers mean?

The detection time window for EtG in fingernail is approximately 3 months and the detection time window for PEth in blood spot is approximately 3 weeks.  Neither test will pick up incidental ingestion or social drinking, only binge and heavy drinking.  The baseline figures are elevated as expected from a participant that has been recently convicted of driving while impaired.  It would be expected that this individual had engaged in binge and heavy drinking over the past several weeks and months prior to entering the program.  The EtG and PEth results are consistent with this expectation.

From the time of the baseline test to the second test (11 weeks), the EtG nail levels fell from 160 pg/mg to 31 pg/mg and the PETh dropped from 362 ng/mL to negative.  The best explanation for this observation is that the donor has significantly reduced their drinking and were perhaps abstinent during this period.  The EtG detected in the nail was most likely left over from drinking prior to joining the program.

News You Can Use: testing for alcohol and substances of abuse

To begin, we are excited about a recent paper on phosphatidylethanol testing. Following is a link to the abstract: bit.ly/tnXMZU

Drug Free Homes has a new program that has successfully reduced teen drug use in African American populations: http://www.drugfreehomes.org/2011/12/program-helps-fight-substance-abuse-among-african-american-teens.html

Teen marijuana use on the rise nationally, binge drinking also a local concern:http://www.examiner.com/healthy-living-in-hartford/teen-marijuana-use-on-the-rise-nationally-binge-drinking-also-a-local-concern

Keep an eye on the blog as Thursdays we will present news you can use for newborn health.